if you don’t know what you’re doing.

“Nothing is to be feared, it is only to be understood. Now is the time to understand more, so that we may fear less.”

What most people hear when they learn about the large returns possible with currency trading is…risk. No one wants to lose all their money so understandably, most people stop at this point.

But crucially, most people stop without ever fully understanding that trading, or any investment for that matter, is not about the risk or reward in isolation – it’s about the Risk to Reward Ratio otherwise known as Risk-Adjusted Return: Intelligent investors make their decisions based on the Risk to Reward Ratio.  Risk is everywhere but the difference lies in how that risk is evaluated and then minimised.

The purpose of this page is to explain all the risks, and how we minimise each and every one at Symbiosis Capital.

The graph shows a green area – this is how much profit one would make if the trade goes in our favour. The red shows how much would be lost if the market went against the prediction.

This is how we use Risk to Reward in trading at Symbiosis Capital.

A Win/loss Ratio 3:1 means that for every 4 trades, you win 3 and lose 1. You could also look at it as a winning percentage, in this case that would be 75%.

It’s favourable when the winning percentage is higher than 50%, but you can still profit if it is lower than 50%. 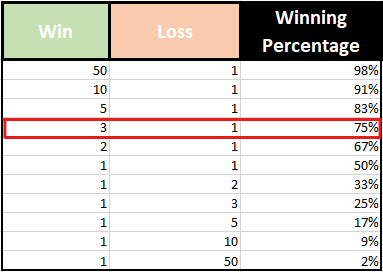 When we combine both the Risk/Reward Ratio and the Win/Loss Ratio it determines if we are profitable or not.

Good Traders have either a good Risk/Reward and poor Win/loss Ratio, or average on both. 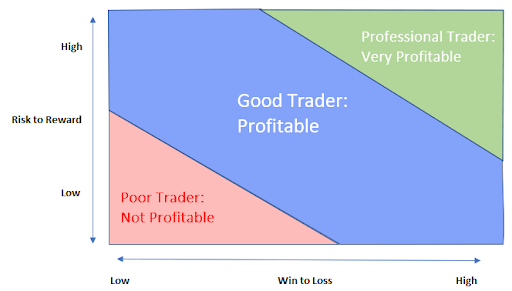 To increase our portfolio Risk-Adjusted Return, we divide the funds across a number of different trading platforms and trade as many low correlated currencies as possible.

This allows us to reduce the risk further, while maintaining the same return. Effectively, we are increasing our Risk/Reward Ratio in our favour.

NOTE: Ray Dalio does not endorse us or Symbiosis. Credit to Investopedia for the video.

Ray Dalio is the founder, co-Chief Investment Officer and co-Chairman of Bridgewater Associates – one of the world’s most successful hedge funds of all time.  Ray attributes Bridgewater’s success to what he calls “the holy grail of investing”.

Ray found that with 15 uncorrelated assets in your portfolio then you reduce your risk by around 80%.  It’s possible to do this while maintaining the same level of return.

While we don’t trade many different asset classes, we do however trade around 30 different currencies at any one time.  Crucially, the vast majority are low correlated, though it’s important to note all currencies have some correlation at any given time. It is impossible for all 30 currency pairs to go to zero at any one time unlike stocks and some other asset classes.

We also trade multiple different strategies at the same time. This lowers the correlation further and reduces the risk. 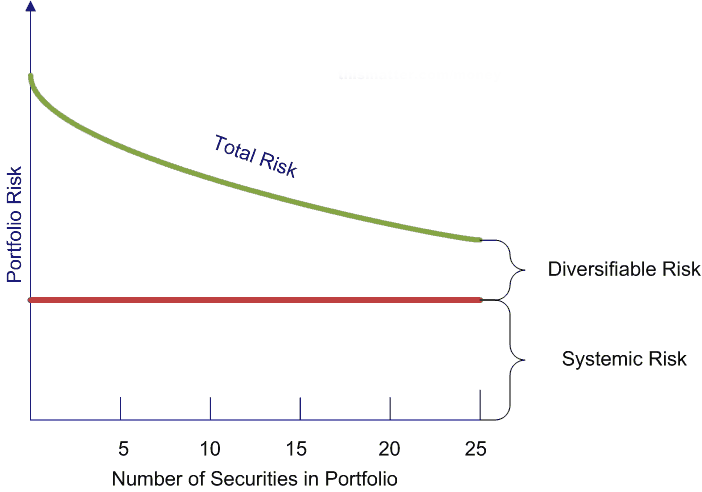 Systemic risk is the possibility that an event at the company level could trigger severe instability or complete collapse of an entire industry or economy. Systemic risk was one of the main contributing factors to the financial crisis of 2008. Companies considered to be a systemic risk are the ones that most people call “too big to fail”.

These large institutions make up a large portion of the economy and are highly interconnected with other companies or a single source, which creates systemic risk.

An example of a company that was a systemic risk was the Lehman brothers which was tightly integrated into the US economy, so when it collapsed it created problems throughout the financial system and economy of the US.

Systemic risk exists whether you are trading currencies or not and there is no real way of mitigating it other than diversifying your portfolio across many industries and geographies.

In keeping with our philosophy of not being single source dependant, we give clients the option to trade with a number of ASIC regulated brokers, which helps to reduce the business risk that a single broker may be impacted by systematic risk. 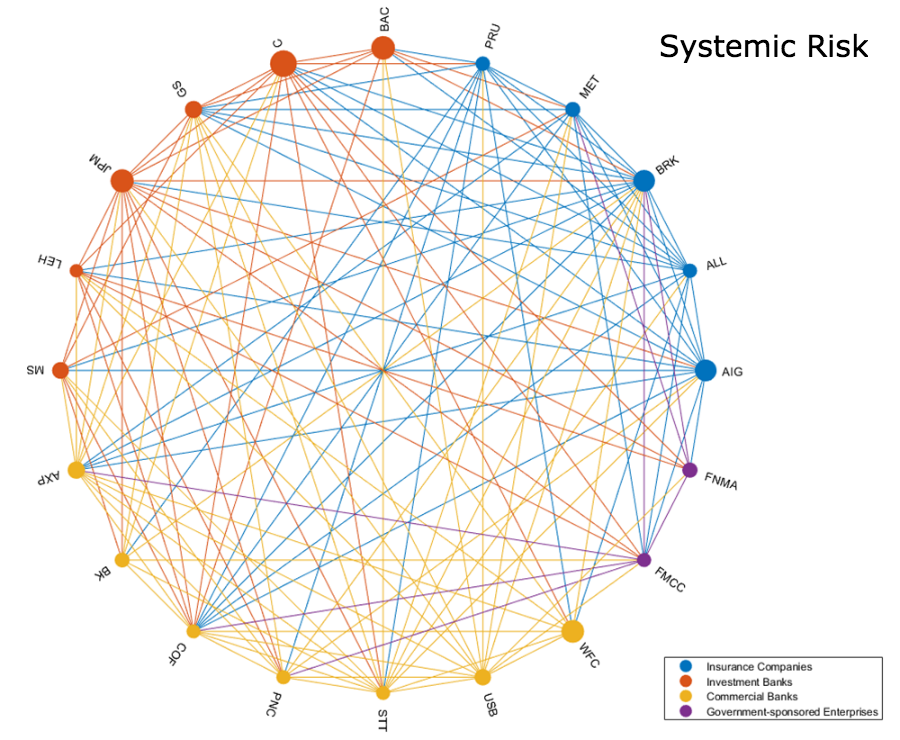 Many people sometimes incorrectly assume that the length of time a trader has traded is a good indication of how well it will perform in the future. Time is one factor of statistical significance.

There is another element which is equally as important as length of time which is the number of trades placed. The higher the statistical significance, the higher the potential chance that a strategy could continue.

For example, trader A may have a five year track record and throughout those years the trader placed an average of 12 trades per year (or one per month). Trader B on the other hand may have been trading for the same five-year period, though this trader has placed 5 trades per month.

Trader A would have 300 trades, while Trader B ends up with 1,500 trades (5 times more). Trader B has far greater statistical significance, so the likelihood this trader could outperform trader A is greater (with all other things being equal).

If you look at the Recovery Risk table on the right you’ll notice that if you lose 10% of your account balance then you’ll need to make 11% to get back to break even.

Note if you lose 50% of your account balance then you need to make back 100% return to get back to breakeven.

This is why managing the Risk Per Trade is vital to the success of a trading strategy over the long-term.

At Symbiosis Capital we reduce the Recovery Risk by keeping our risk per trade low. If you do your own research you’ll find that most professional traders agree the maximum per trade risk should be 2% of the account.

This means that if the trade is a losing trade then the total dollar amount of that loss will not exceed 2% of the total account balance. Note: Slippage and other factors can exaggerate losses past 2%.

Because we trade around 30 currency pairs concurrently we can keep our Risk Per Trade much lower. Our maximum risk per trade is typically kept below 1% depending on the Risk Reward Option that is chosen by the client. 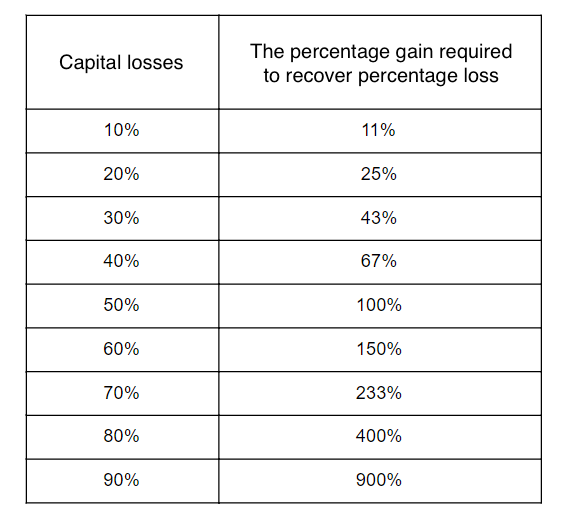 Looking at the graph to the right you will notice the blue jagged line labeled “Large Lots“ (lot size refers to the amount of risk used). This represents a trader who, while profitable overall, is using larger lot sizes and less trades in their strategy.

This is not necessarily a bad thing, however where it can become a problem is if the trader has a losing streak that lasts longer than normal.

Trading larger lot sizes combined with an above average losing streak can end up with an account losing a significant portion. This severely impacts the profitability of an account which in turn applies more Recovery Risk.

This is the reason why at symbiosis capital we trade with a very small lot size and trade using an above average amount of trades to give us a smoother equity curve. 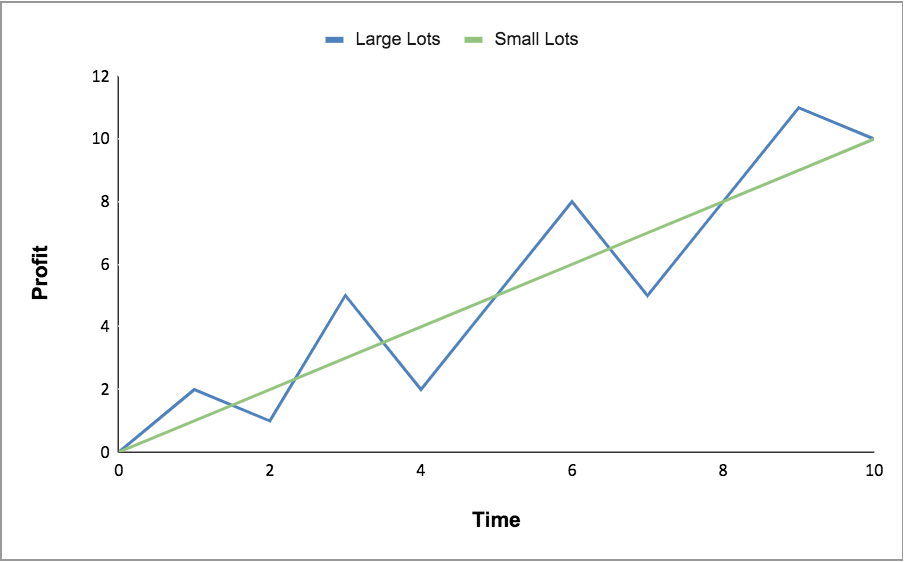 The main Third Party Risk is the risk of a forex broker (the trading platform clients set up their accounts with) going bankrupt, being hacked, running away with the money or trading against you.

At Symbiosis Capital we have vetted and built strong relationships with a number of Australian regulated brokers that have each been in business for a minimum of 8 years; they all have offices based in Australia and hold an Australian Financial Service License which are regulated by ASIC one of the world’s leading regulatory bodies in financial services.

To minimize the risk of a single point of failure we give our clients the option to spread their funds across a number of forex brokers we work with. For a full list of brokers we trade with see our brokers page. 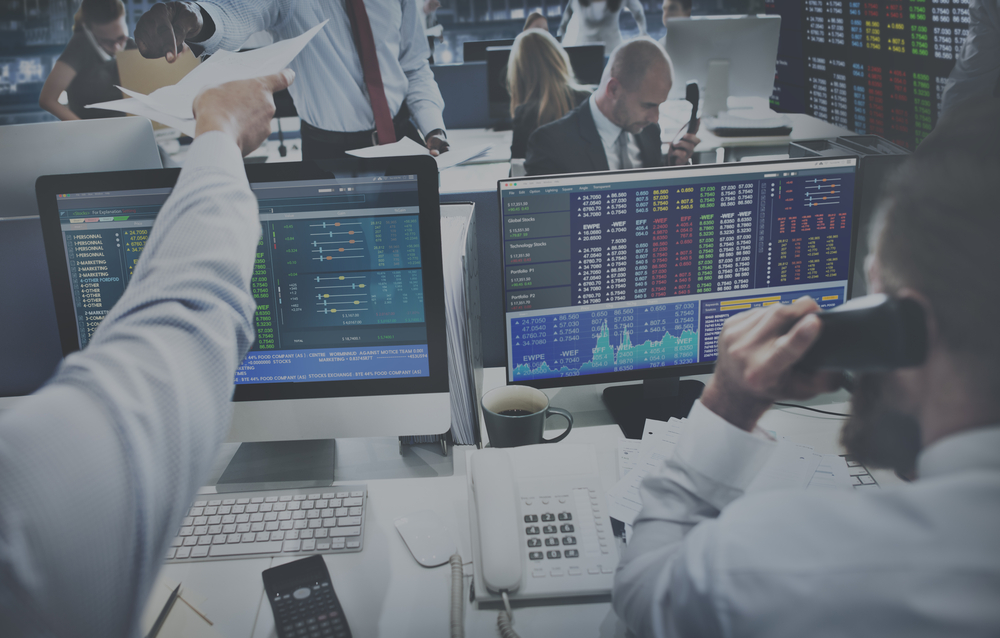 The risk that our servers go down, are hacked, physically damaged by storms, or simply prevented from working the way they should which could cause our trading systems to stop running.

Whilst it is impossible to remove this risk entirely with any one server, we diversify our risk by running multiple servers in multiple locations around the world. This means that if a server goes down, in the worst case, it has the potential to only affect a small portion of the accounts we run. We also take backups regularly so that if in a worst case we lose a server we can be up and running again quickly, with minimal or zero loss.

47% of data breaches and cyber attacks are caused by human error,  and 25% from business process . We take this part of our business very seriously: we encrypt all our servers; we use military grade password management system; we ensure that access to sensitive information is on a need to know basis for employees.  All employees get training on the latest practices. In other words, we follow industry best practices for cyber security. 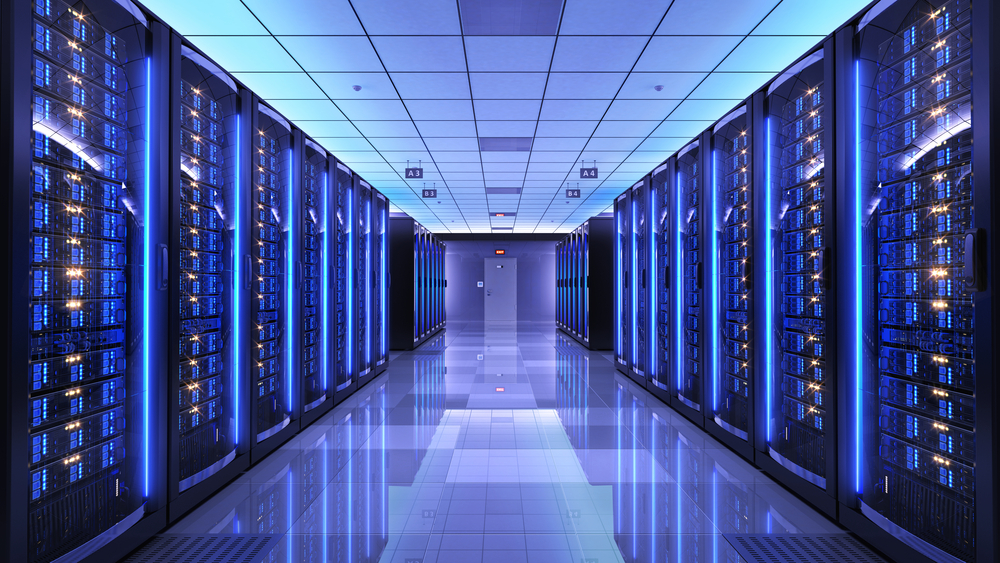 The unlikely chance that an extreme event may happen that causes the market to crash or spike suddenly for example: 2008 GFC, 9/11 terrorist attacks, 2000 Tech bubble; unexpected or shocking announcements.

We trade multiple currency pairs so it’s less likely for them all to move in the adverse direction at once. When there is a large spike or dip losing trades may be offset by winning trades. Further to this our strategies use only small size trades, so in the event that a black swan happens we do not have a single large exposure to one currency pair. 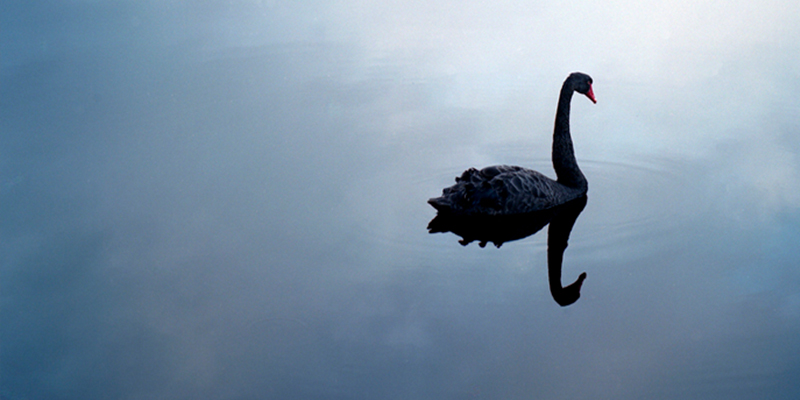 What if the trading bots make mistakes and lose?

Trading algorithms are designed based on the way humans trade, except they have one big advantage, they don’t have emotions which cause poor judgement. Once designed, coded and tested algorithms are typically more systematic in how they place and handle trades.

At Symbiosis Capital we don’t just let the trading bots run. They are supervised by humans and there are a number of alerts and redundancies in place in case something is out of order. 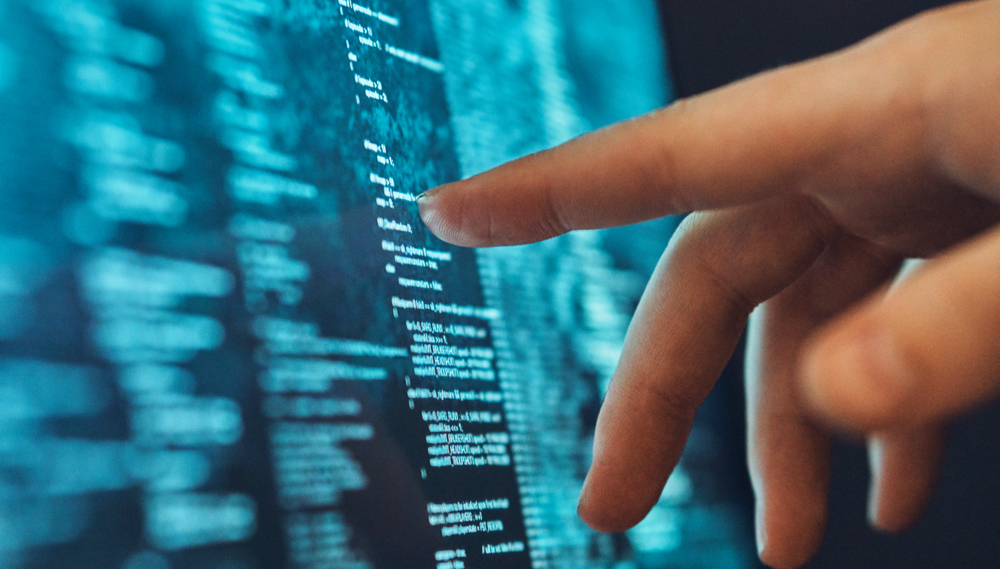 Speak With One Of Our Specialists